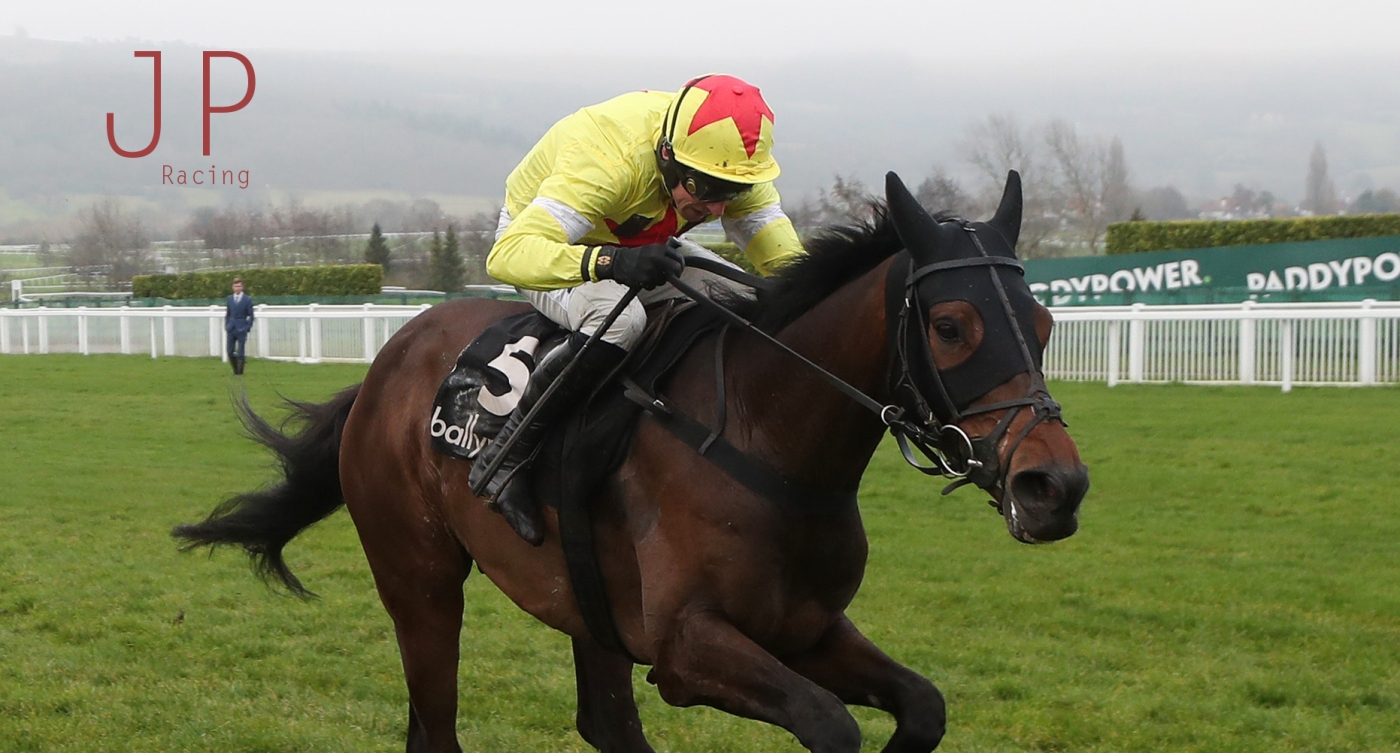 The Coral Cup Handicap Hurdle is the first Handicap on Day 2 of the Cheltenham Festival, run over two-and-a-half miles. The race will inevitably have a bit of cross-over with the Martin Pipe Conditional Jockeys Handicap Hurdle as they are run over the same distance, but the Coral Cup is aimed at Horses higher up in the Handicap. Last year William Henry saw off the top weight and much missed Wicklow Brave in a thrilling finish. Recently the Coral Cup has been contested by subsequent Grade 1 performers Whisper, Supasundae and Topofthegame.

Before looking at trends, it is worth noting the Handicap marks which have been required to get a Horse into the race over the past ten renewals. I’ve also listed the top weight and winner’s rating for reference.

The Coral Cup is an extremely competitive Handicap these days, with an average rating of 134 (rounded) being required to get a run, and 145 (rounded) the average winning mark. The bottom-weight reached a rating as high as 139 in 2016, so Horses need at least a mark in the high 130s to guarantee themselves a run. The Top Weight does not have a great record in the race however, not winning since Sky’s The Limit in 2006.

My first selection for the Coral Cup is Dan Skelton’s Protektorat, who’s gained plenty of experience since joining Lodge Hill as a three-year-old from France. Starting his career with Guy Cherel across the Channel, Protektorat finished second in a Listed Hurdle at Auteuil. Moving to Dan Skelton for famous connections including Sir Alex Ferguson, Protektorat underwent a fairly underwhelming Juvenile Hurdle campaign – unseating on debut at Cheltenham in December 2018 before returning to Prestbury Park on Trials Day last season, finishing twenty-two lengths behind Fakir D’Oudairies. His last start of the season came at Kempton in February when finishing down the field in the Grade 2 Adonis Juvenile Hurdle, but he would prove to be a totally different animal once receiving a wind-operation in August 2019.

Protektorat made his first start for the Skelton’s since having his wind tinkered with at Sandown in November, running in a 2m Maiden Hurdle. Wearing a first-time Hood, Protektorat took a keen hold help-up in the rear, before making very eye-catching headway from the third last Hurdle. Slicing his way through the field under Harry Skelton, Protektorat had to be switched left on the run in and led 50 yards from home – but was headed in the final few strides by Nicky Henderson’s Keen On (134). Despite being defeated by a head, this was by far the most promise Protektorat had shown to date, coming on Heavy ground which seemed to play to his strengths. The Handicapper must have been in a good mood that day however, as he subsequently dropped his Handicap mark by 4lbs down to 128. This provided a perfect opportunity for the Skelton’s on Tingle Creek Day, where Protektorat contested the 2m Listed December Handicap Hurdle. A huge fancy of mine on the day, Protektorat was once more held-up in rear, and once more carved his way through the field between the last two flights. Despite trying his hardest, Protektorat was eventually outbattled to finish one-and-three-quarter lengths second. The form of this race has been working out extremely well however, with winner Mack The Man (130) favourite for the Betfair Hurdle at Newbury on Saturday, and the third-placed Song For Someone (154) finishing second to Thomas Darby in an Ascot Grade 3 Handicap.

Returning to Novice company on New Year’s Day at Cheltenham, Protektorat was seemingly unfancied in a 2m4½f Listed Novices’ Hurdle. Held up as usual, Harry Skelton produced a masterful ride to lead at the last and beat Imperial Alcazar (139) by a head. Under very strange circumstances however, the stewards deemed Harry Skelton to have cut across the Fergal O’Brien Horse, so was disqualified and placed second. It was clear to see this wasn’t the case however, and on appeal the result once more went Protektorat’s way. The form of this New Year’s Day race is strong, with the second winning nicely since at Leicester, the third Welsh Saint (134) fancied for some Handicaps this weekend, and the fifth Redford Road (140) a Grade 2 Albert Bartlett Trial winner on his previous start. Connections gave Protektorat one more run at Cheltenham when last seen on Trials Day in the Grade 2 Classic Novices’ Hurdle, and again this Dan Skelton charge put in a top performance. Travelling well from his usual held up position, Protektorat stayed on strongly up the Hill to finish four-and-a-half lengths third behind Harry Senior (144) and King Roland (141), despite having to give 5lbs away to both of those rivals. This performance clearly rates him as a classy Novice Hurdler, with the Handicapper agreeing and handing out a mark of 144.

The step-up to two-and-a-half miles on softer ground after his wind-operation has seen a completely different Protektorat this season, and he now rates as one of the leading contenders for the Coral Cup Handicap. Co-owner John Hales has already won this race with Aux Ptits Soins as a five-year-old in 2015, and Protektorat fits into some key trends for the race himself. Firstly Protektorat is French Bred, and is of course a second-season Hurdler. He is also a five-year-old, so fits into the winning-most age over the past ten seasons. Top trainer and Jockey combination Dan and Harry Skelton are a huge positive to his chances, and the pair have history in this race – finishing second with Long House Hall in 2016. A further interesting pointer is that Protektorat has an official rating of 144, which is just below the average winning mark of 145 over the past ten runnings.

My Second selection for the Coral Cup is Eglantine Du Seuil, who runs in the colours of Sullivan Bloodstock Limited for the genius that is Willie Mullins. This Mare won her AQPS Flat Race at Fontainebleau in October 2017, and was subsequently purchased by Jared Sullivan in order to pursue a career with the Irish Champion Trainer. Eglantine Du Seuil made her debut as a four-year-old when winning a Mares Maiden Hurdle at Sligo in August 2018, and followed that effort up at Listowel a month later when finishing third behind Triplicate (141) and Aramon (148) – in what would turn out to be an extremely strong race. Not seen for 180 days after this good run, Eglantine Du Seuil was chucked in the deep-end when running in the Grade 2 Mares Novices’ Hurdle at the Cheltenham Festival – springing a huge shock to win by a short-head despite odds of 50/1. Being held-up by the genius that is Noel Fehily, this Mare made good headway between the last two flights to take fourth place at the final Hurdle, and then stayed on extremely strongly up the Hill to win a photo-finish with stablemate Concertista.

Eglantine Du Seuil proved this effort to be no fluke when running well in two Grade 1 events subsequently, the first of which coming at Fairyhouse in April where this Mare finished third behind Henry de Bromhead’s Honeysuckle (158) and stablemate Elfile (142), on only her first start over two-and-a-half miles. Considering her strong performances over the Spring, Willie Mullins allowed Eglantine Du Seuil to take her place in another Grade 1 at the Punchestown Festival, this time taking on the boys in the 2m4f Champion Novice Hurdle. Despite not having much room rounding the home bend, this Mare once more showed she is a good Horse under Jonathan Burke – keeping on well to finish third behind Reserve Tank (151) and Sams Profile (148). Grade 1 Ballymore Novices’ Hurdle winner City Island was well beaten behind our Mare that day, which puts into perspective how strong her form has been shaping up.

Returning to the track at Punchestown in November, Eglantine Du Seuil finished a solid third behind stablemate Stormy Ireland (149) in a 2m2f Listed Mares Hurdle, with Gordon Elliot’s recent Dublin Racing Festival winner Black Tears (141) just ahead in second. Eglantine Du Seuil once more ran behind her useful stablemate Stormy Ireland in a Grade 3 event at Leopardstown over Christmas, finishing a disappointing fifth. A mistake at the first flight seemed to knock the confidence of this usually sound jumper however, and a mistake when starting to sneak into the race at the third-last sealed her fate – with her stablemate stringing the field apart from the front. Rachael Blackmore was easy on this Mare when her winning chance was gone however, which proved to pay dividends at the Dublin Racing Festival. Dropped back in trip to two-miles, Eglantine Du Seuil contested the highly competitive Grade B Ladbrokes Handicap Hurdle from a mark of 140. Travelling in the rear, this Mare made eye-catching progress to pass the field on the extreme outside – running on strongly to take a slight lead at the final flight before being collared by the fast finishing Thosedaysaregone (134) and Golden Jewel (126). Such an eye-catching run to finish fourth in a twenty-two runner race was very impressive for her Handicap debut.

A step-up back in trip to two-and-a-half miles at Cheltenham would surely be right up the street of Eglantine Du Seuil, who will have a perfect mark for the Coral Cup considering she is already rated 143 in Ireland. This Willie Mullins Mare has a lot in her favour if she were to have a tilt at the race – she’s French Bred, is a second season Hurdler, and is a six-year-old. Another massive positive is that she has already won at the Cheltenham Festival, proving she handles the unique track and atmosphere – as well as being able to travel over from Ireland. This Mare seems to save her best efforts for the Spring, and I really feel she has unfinished business over the intermediate trip. Her official rating is clearly open to improvement considering it would be only her second start in a Handicap. One negative to Eglantine Du Seuil’s chances is that a Mare has never won the Coral Cup, but they have been getting closer – with Apple’s Shakira just under three-lengths away in sixth last year, and Barra third in 2018. I’ll make use of the non-runner-no-bet concession here, as Eglantine Du Seuil has a host of Cheltenham options.