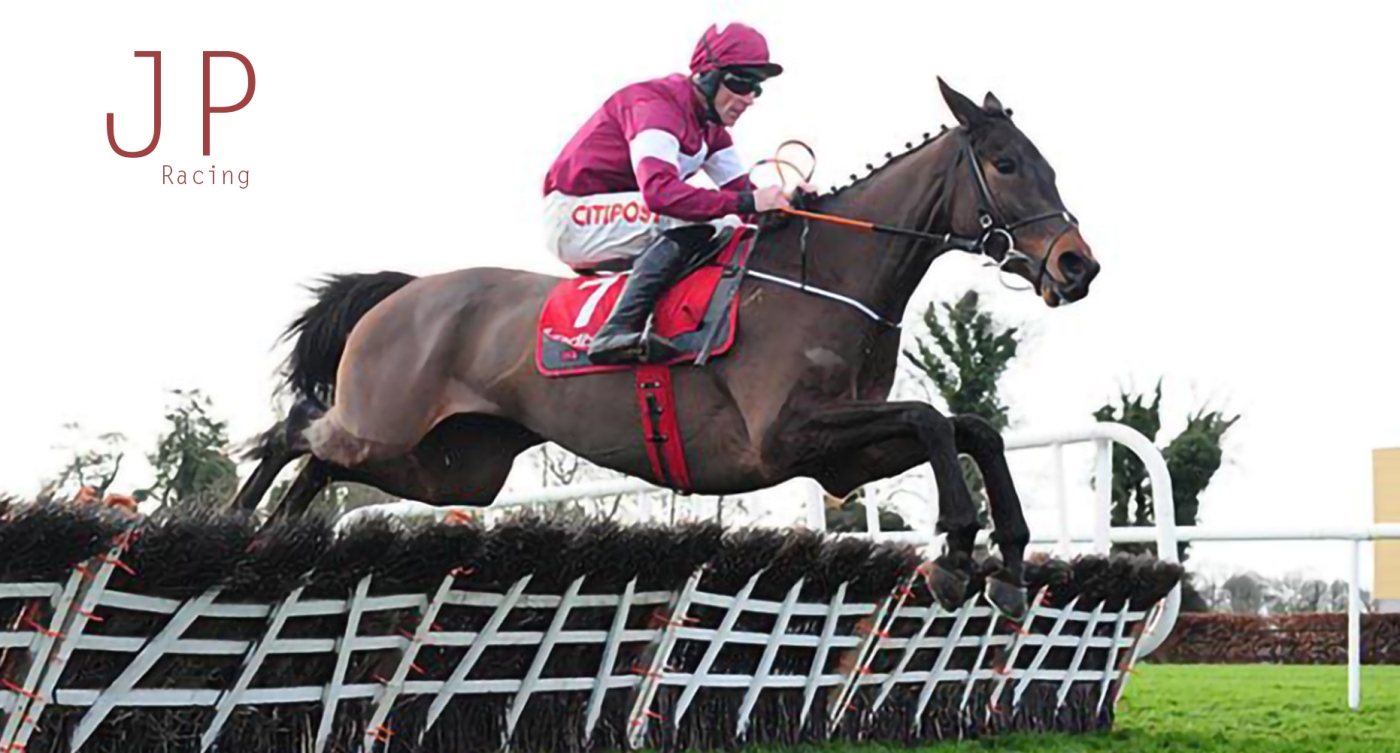 The Martin Pipe Handicap Hurdle is the concluding race of the Cheltenham Festival, run over two-and-a-half miles. The race is for Conditional Jockeys’ only, and is named in honour of the legendary fifteen-times Champion Trainer. Certain trainers like to target this race due to their admiration and respect for Martin Pipe – especially Gordon Elliot. Whilst the race isn’t one of the most high-class affairs of the week, you can start to get a picture as to who is being targeted for the race around this time of year. The British and Irish Handicappers start giving marks to Novices’ who have had three runs over Hurdles (usually happens around January time), which gives a rough idea as to if a Horse is Grade 1 standard. Although some Horses might not be up to that level before the Spring Festivals, plenty will get a mark that looks exploitable in Handicaps – with further improvement likely to come. When you combine these sorts of Horses with trainers who like to win the Martin Pipe, betting angles start to shine through.

Before we look at trends, it is worth noting the Handicap marks which have been required to get a Horse into the race since it began in 2009. I’ve also listed the top weight and winner’s rating for reference.

The Martin Pipe has got progressively stronger over the years, with the weight ceiling rising from 140 to 145 in 2012. The same can be said for the competitiveness of the race, with the mark a Horse needs to get in rising from the high 120s to the 135 mark – although last year was an outlier. The winning rating is fairly distributed, but Bottom Weight has only won the race once, with Top Weight landing the past two renewals.

My first selection for the Martin Pipe unsurprisingly hails from the Gordon Elliot yard, who has a formidable record in the past three runnings; 1st and 3rd in 2017, 1st and 4th in 2018, 2nd and 3rd in 2019. Both Champagne Classic (2017) and Blow By Blow (2018) wore the famous Maroon jacket of Gigginstown House Stud, and connections can make amends for hitting the crossbar twelve months ago with Column Of Fire. This six-year-old started his career when second to stablemate Commander Of Fleet (149) in a 2018 Punchestown Festival Bumper, returning to that scene at Navan in November 2018 when bolting up by thirteen-lengths. Making his debut over Hurdles at Fairyhouse a month later, Column Of Fire was sent off a warm favourite – but some scruffy jumping meant he could only manage a third place finish behind Lone Wolf (133). Having been brought-down on his next start two weeks later (in a fairly hot race which included Dunvegan 138 and Swordsman 130) Gordon Elliot decided to call halt on his Jumping career for the season – instead sending Column Of Fire to a Bumper at Naas in February 2019, where he finished second to the useful Midnight Run.

Although clearly taking his time to warm to Hurdles, Column Of Fire resumed his career over timber at Naas in November, where again he made mistakes at a crucial part of the race – but he still stuck on to finish third behind Elixir D’ainay (146) and Longhouse Poet (142). These are two high quality Novice Hurdlers, and Column Of Fire re-opposed the latter when meeting again at Navan in December. Putting in a much sounder Jumping display, this Gordon Elliot charge reduced the distance to Longhouse Poet from thirteen-lengths at Naas to just one-and-a-quarter lengths, despite there being no weight swing. This clear improvement has also since been boosted by the third-placed Opposites Attract, who won a Maiden Hurdle at Down Royal over Christmas by an easy eight-lengths, and followed up under a penalty in a Novice Hurdle at that track this week. With lots of nice pieces of form in the book, Column Of Fire was sent off favourite on New Year’s Day to shed his Maiden tag at Fairyhouse, and was travelling well into the lead when taking a crushing fall at the second last under Davy Russell. Although you cannot definitively say he would’ve won the race, the form does look fairly strong as the winner had previously ran behind Tiger Tap Tap (136), and the second Aione has since won easily at Gowran Park.

Column Of Fire finally shed his Maiden tag over Hurdles earlier this month at Punchestown, when sent off as the even-money favourite. Ridden once again by Davy Russell, Column Of Fire cruised through the race tracking the leaders, taking a lead from the second last. That would be the last Gordon Elliot’s improving charge would see of his rivals, bolting up by thirteen-lengths eased-down. This half-brother to Cheltenham Festival winner Tully East would’ve received a massive confidence boost from finally getting his head in-front, and he won his race in the style of a good Horse. The Irish Handicapper has since given Column Of Fire a mark of 132 over Hurdles, so accounting for the British Handicapper adding a bit extra, this mark should get him perfectly into the Martin Pipe.

Column Of Fire fits into the majority of trends outlined above; he’s trained by Gordon Elliot in Ireland, is a six-year-old potentially well ahead of his mark, and has a good amount of experience behind him. Connections currently have the option of running Column Of Fire in the Grade B William Fry Handicap Hurdle at the Dublin Racing Festival on Sunday, the race which was won by last year’s Martin Pipe runner-up Dallas Des Pictons off 130 twelve months ago. Clearly if Column Of Fire does repeat the trick (or run eye-catchingly) then he would be a much shorter price for the Martin Pipe, so it looks worth taking the 16/1 available now. Ultimately as long as Column Of Fire isn’t tailed off or an impressive winner, then he should receive a fair mark from the British Handicapper, and will take some beating in the main event. Gordon Elliot has been using top Irish Conditionals such as Sean O’Keeffe and Conor McNamara recently, with the former riding for Gigginstown on numerous occasions this season – so he would be my nomination as a potential high-class Jockey booking.

My second selection for the Martin Pipe hails from the Joseph O’Brien yard, in the form of JP McManus’ Front View. This highly talented five-year-old ran an extremely eye-catching race at Thurles on Thursday, and He looks the perfect Horse for a Cheltenham Handicap. Starting his career for Joseph O’Brien off at Gowran in January last year, Front View finished second in a Gowran Park Bumper on Thyestes Chase Day. The runaway winner in that race was the impressive Blue Sari, who was subsequently purchased by JP McManus and finished second behind Envoi Allen in the 2019 Champion Bumper at the Cheltenham Festival. Front View looked set to build upon his promising Bumper debut when running at Naas in February last year, but rather unusually was brought down when cantering along at the three-furlong marker. This was extremely unlucky as the Horse ahead of him clipped heels and slipped up, but Front View made amends at the Punchestown Festival in April. Travelling powerfully once more under Derek O’Connor, the pair hit the front from the three-furlong marker, and never looked like being caught – with this inexperienced Horse just dossing around out in front to score by a length.

Front View returned from his Summer break to make his Hurdles debut at Down Royal in November, when facing the arduous task of taking on Champion Bumper winner Envoi Allen – who was also making his first start over obstacles. This young Horse seemed to learn plenty on his way around with his Jumping getting better as the race went on. Although never troubling subsequent Grade 1 winner and Ballymore favourite Envoi Allen (154), Front View ran on strongly after the last to finish second – putting four-lengths between himself and better fancied stablemate Entoucas (131). Front View’s next start came in another Maiden Hurdle, this time at Cork just 15 days later. Tracking the leaders as usual this Son of Konig Turf hit the front before the third-last under JJ Slevin, and kept on strongly on the run-in to beat stablemate Uhtred by one-and-three-quarter lengths. That Gigginstown Horse has since gone on to land a Listed Bumper at Navan in December, and seven lengths back in third was Willie Mullins’ Jon Snow – another well-regarded type, so the form is strong.

Front View wasn’t seen for 95 days after his Maiden success, but finally made his return to the track (after twice missing a race at Punchestown due to adverse weather causing abandonments) at Thurles on Thursday in the Grade 3 Michael Purcell Memorial Novice Hurdle. Settled in the rear by Mark Walsh, Front View did meet a lot of trouble in running – but started to make very strong headway approaching the home straight when briefly shaken up by his Jockey. Travelling better than anything in the race, Front View quickly joined leaders to make a line of four at the second last. Despite going so well however, Jockey Mark Walsh seemed at pains to push the button on this Grey – as winning the race in any sort of smart fashion would’ve meant connections could kiss goodbye to any Cheltenham Festival Handicap ambitions. Luckily for the Jockey, Willie Mullins’ Five O’Clock was also going well approaching the final flight and slightly cut across Front View, forcing him back into third place. Front View then landed on all fours at the final flight, but stayed on strongly up the run-in to regain second place on his first start stepped up to 2m5f. Admittedly I had made an error in putting this talented Horse up to win the race as in hindsight He only needed one more run to Qualify for Handicaps at Cheltenham – and the drift from 3/1 in the morning out to 13/2 SP said everything you needed to know about connections plans.

This Grade 3 contest has actually produced two of the last three winners of the Martin Pipe, with Blow By Blow winning both races in 2018, and Champagne Classic finishing third at Thurles before landing the 2017 Martin Pipe. This is a particularly good omen for Front View, who’s second place finish is completely irrelevant considering the amount of fuel he seemingly had left in the tank. JP McManus is arguably the master of having a plot job in a Cheltenham Handicap, and these same connections pulled off a Martin Pipe raid last season – with Joseph O’Brien’s Early Doors winning off 145 under Jonjo O’Neill Jr. This talented young conditional could be set to link up with Joseph once more come the final race in March, where it would be a shock not to see Column Of Fire and Front View involved in the finish. Five-year-old Horses have a decent enough record in the race, but the main point is that Front View is clearly ahead of his current Irish Handicap mark of 134, and is still completely unexposed over the Martin Pipe trip. One caveat to Front View is that he will now need to rely on the British Handicapper giving him a mark of no higher than 145 to get into the race, but it would be extremely harsh if that were to be the case. Another slight concern is that Front View also holds entries in the Coral Cup and County Hurdle, but you’d imagine that this race would be first preference. Considering Front View is already only 12/1 with NRNB firms for the Martin Pipe, it looks worth taking the 12/1 ‘To Win Any Race’ available – minimising stress before declarations are made!