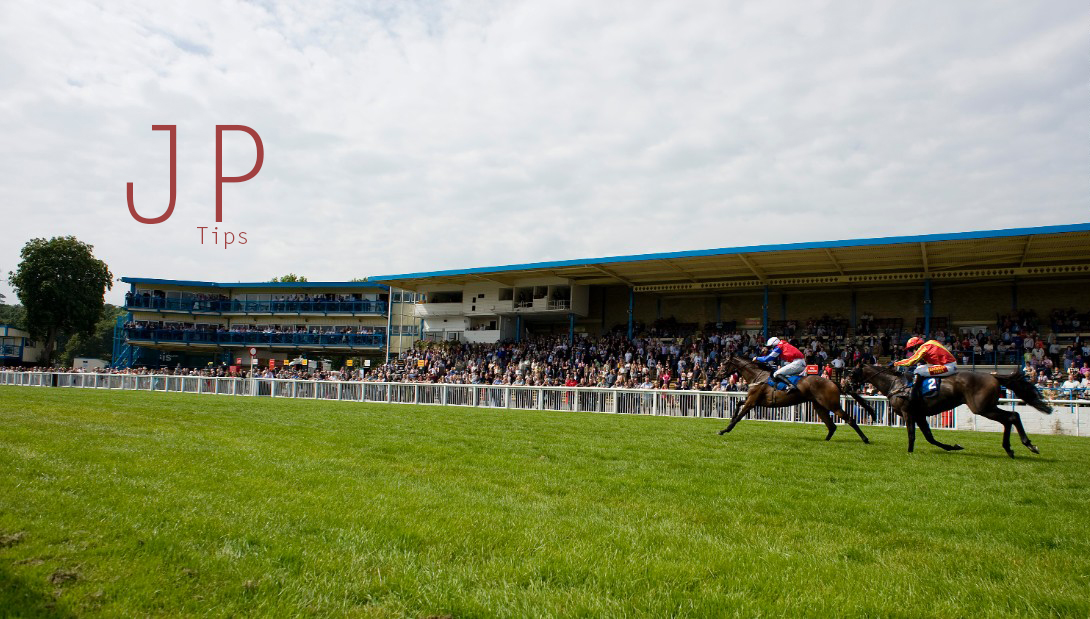 We have an exciting Card at Newton Abbot on the 10th May 2017, with over £90,000 prize money on offer, including the feature 15:45 Class 2 Handicap Chase worth £22,100. I’m going to try my hand at my first ever race-by-race preview of the card, and if it goes well then we might see some more in the future. Before we get into it, these are my tips for each race at Newton Abbot, however in the morning I will be tweeting my Daily Double, NAP & fancies from other meetings on the day, so be sure to follow me on Twitter @JakePriceTips.

The first race of the day sees the Mares tested over 2m5½f around the Devon course, and Brillare Momento heads the betting. This is very much deserved after a game performance at Cheltenham last month saw the Martin Keighley charge get the best of Verdana Blue and Dusky Legend. Aidan Coleman rides again today and realistically she will take all the beating at a fair mark of 11-8. Another notable entry is the Dan Skelton trained Momella, who is making her first start today under rules. The debutant won an Irish point-to-point race in February, and could put up a challenge to the favourite at a handy mark of 10-12.

”Brillare Momento will take all the beating in this mares contest, boasting by far the best form. Despite being top weight at 11-8, class will shine through here. However, Momella is worth an Each/Way bet at a good price.”

Southfield Vic will be at the top of the weights for the about 3m2f Handicap Chase, and the Paul Nicholls Gelding has solid claims after winning over this distance at Fontwell last month. Despite winning comfortably by 23 lengths, it was a Class 4 race and he will need to improve to challenge. This won’t be easy at a weight of 11-12, but will be helped by a 7lbs claim from jockey Bryony Frost. For this contest however, I’m siding with the Dan Skelton trained Master Jake (Not just because of the name!). Harry Skelton rides once again, going for the hat-trick after previous wins at Fakenham and Wetherby. The win against some decent sorts last time out was particularly impressive, winning easily despite making a few errors at the jumps. If the 135 rated charge can put in a clear round, he will take the beating at a generous weight of 11-7. One other interesting entry to note is the bottom weight Turban. Paul Henderson picked up the former Willie Mullins chaser in October, and recently he seems to have found his feet a bit more, winning a Class 4 & 3rd in a Class 3. Will need to improve further to get in contention under Paddy Brennan, but at 10-2 could be able to run into a place.

”Master Jake looks good for the hat-trick today under team Skelton, at a winnable mark and in fantastic form.”

The third race on the card attracts the second highest prize money of the day, with £18,950 in the pot. One horse that could come close is the Emma Lavelle trained Talent To Amuse. Daryl Jacob is in the saddle once again, after 2 previous wins since moving yards. The step up in class would be a concern; however as a decent horse on the flat, the speed could be there. The mare will also run off of an unexposed mark of 10-13. It’s going to be her sternest test yet however, thanks to Paul Nicholls entry of Amour de Nuit. The course and distance winner on Easter Saturday is back for another spin under Sam Twiston-Davies, and whilst facing much tougher opposition under a 4lbs penalty, the gelding has shown class over the 2m1f trip. Another challenger to be aware of is Adrrastos, trained by Jamie Snowden. The 5 year old Novice hurdler has been in some decent form of late and at 11-6 could mount a serious challenge under Aidan Coleman.

”Amour de Nuit has every chance of making it 2/2 at the Devon track, but will need to put in a good performance with some good challengers.”

The Nigel Twiston-Davies trained Ballybolley will take all the beating in the Class 2 Feature Handicap Chase over 2m5f. Daryl Jacob rides as always for the Simon Munir and Isaac Souede owned Gelding, which won extremely impressively last time out by 17 lengths in the Class 2 Middle Distance Chase Series Final at Haydock. Whilst facing a step up in trip today, this shouldn’t be an issue as he has previously placed in a 3m at Sandown, which makes the 11-9 weighting fair. Elsewhere in the field, Henryville has strong claims for Harry Fry after his win in the Class 1 Silver Trophy Chase at Cheltenham last month over this distance. My main concern however is that the previous course winner was very well handicapped that day, and faces a brutal penalty to 11-12 for that Cheltenham Win. On the other hand, a horse that is very nicely handicapped is Dan Skelton’s Virgilio. The winner over course and distance in October finished 3rd behind Might Bite at the Aintree Festival in April, on his return from a break. This shows just how classy the chaser is, placing in a Grade 1 race. Harry Skelton takes the ride and at 11-7 is extremely well handicapped, and even steps down in trip today from 3m. A horse that could squeeze a place in this feature race is Fox Appeal of Emma Lavelle. The classy 10 year old won here at Newton Abbot over distance at the last meeting, and weighted 11-9 today could see a challenge successfully mounted for the minors under champion jockey Richard Johnson.

”Whilst there’s no doubt that Ballybolley does have the necessary credentials in order to win this Class 2 contest, Virgilio just has that bit extra by only finishing 20 lengths behind the outstanding Might Bite after being eased off before the finish.”

Let’s keep this one simple. It’s not an exciting 2m5½f handicap by any stretch of the imagination; however a few horses catch my eye. Neil Mulholland’s Dites Rien has come up against some decent opponents of late (including a 3rd behind Timeforwest), and could finally get off the mark today under Noel Fehily in a weak race. Miss G Haywood’s Fleur Du Weld finished 3rd behind the decent mare Little Miss Poet here last time, and has the potential to improve for it after 4th placed Black Tulip went on to score yesterday at Stratford.

”There are no standout horses that will blow anyone away here, but Dites Rien should finally be able to get off the mark under the excellent Noel Fehily.”

Capitaine is the worthy odds-on favourite for his debut over fences, after a relatively successful season novice hurdling. The 5 year old won the Supreme Novices’ Hurdle Trial in December, and followed that up with a 2nd to the impressive Finian’s Oscar in the Grade 1 Tolworth Novices’ Hurdle. The Paul Nicholls trained Grey cantered around Wincanton 17 days ago to a 9 length victory, and today we could well see a future star over the bigger obstacles. No doubt there will be a learning curve​ and a few mistakes made, but a clean round of jumping will sew up the win for Sam Twiston-Davies. The Gipper could be a shout for the betting without market, winning on his last outing over timber, and staying competitive in some tougher races. Adam Wedge takes the ride around the 2m chase course.

”Capitaine could be one to sit back and enjoy here, although may be handy for multiples. If you need a single bet then The Gipper should follow home for a forecast.”

We conclude the day with a conditional jockeys’ handicap hurdle over 2m1f, where dual course and distance winner Bulletproof will be hoping to make it 3 wins from 6 races at the course. The Ken Cunningham-Brown trained gelding has every chance of obliging at a mark of 11-5, with some more promising performances of late after going off the boil since this time last year. Another live chance for the Class 4 is Thundering Home, who beat one of the conquerors of the aforementioned last time out at Exeter. The Richard Mitchell trained 10 year old is weighted at 11-6 under Stan Sheppard, and looking for a fourth win in five races. The one to lookout for in the field is Kevin Bishop’s Lets Go Dutchess. The mare won last time here at Newton Abbot and has been raised a stone for her efforts. 11-5 is a workable mark however, and the drop down in trip of 4f will certainly help. The form doesn’t end at the 7 year olds last outing either, with it reading 22121. Another notable entry at the top end of the weights is Colin Tizzard’s Muffins For Tea under champion conditional jockey Harry Cobden. The charge improved due to good ground last time out, but will need to run a big race at 11-10.

”Lets Go Dutchess has strong claims for this wide open handicap, and is worth some Each/Way money at a big price. Thundering Home is another worth an Each/Way chance.”

I hope I have managed to help pick out some winners from the outstanding card, and that everyone enjoys a profitable day at the races. Remember that the first race starts at 14:05, and gates open at 12:05. Tickets are still available on the day, so come along and enjoy some top class racing!

* All prices are best available at first show.

** Article was written before first show.