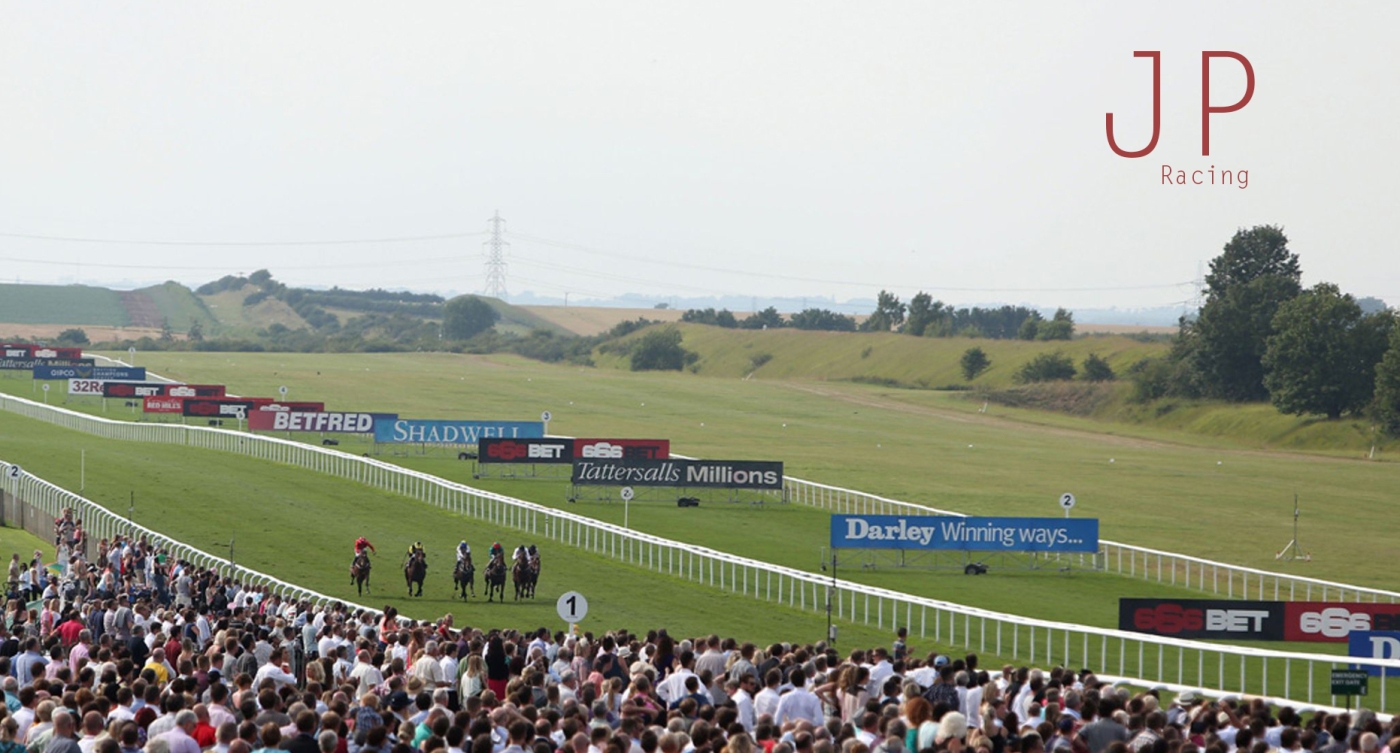 With so much fantastic racing going on over the next couple of days, I’ve decided to split my thoughts into two articles – one covering Thursday and Friday, and one covering Saturday as usual. This week sees the beginning of Newmarket’s July Festival, culminating in ‘Super Saturday’ with other big meetings at York and Ascot. I have some strong selections across the three days, with Day 1 and 2 the focus here. Be sure to check back on Friday for all my Saturday selections, and follow me on twitter @JakePriceRacing for any further fancies. Good luck!

Having never really got into the race when contesting the King George V Handicap at Royal Ascot last month over a trip which tested his stamina on softer ground, I’m going to give another chance to Good Birthday here. A winner over a mile at Newbury as a two-year-old, this Andrew Balding charge made a winning reappearance at Doncaster in March over 1m2f. Held up in the rear, Good Birthday showed brilliant speed to pass the whole field in the home straight and win cosily by one-and-three-quarter lengths. His next start came at Newbury in the London Gold Cup Handicap, where he looked like winning at one point when challenging strongly on the far side rail. Although his challenge was eventually bettered by Headman and Sinjaari, the winner has since gone on to land the Group 2 Prix Eugene Adam at Saint-Cloud by three-lengths, proving once again that the London Gold Cup produces Group class performers. Dropping back in trip to 1m2f here, Good Birthday is worth another chance to show that he is better than his current mark of 95. The July Course will provide the fastest ground that this King Power Racing charge has encountered so far in his career, however the turn of foot he showed at Doncaster and Newbury suggests he will be suited to the quicker going. Silvestre De Sousa returns to the saddle having ridden a stablemate at Ascot, and I’m hoping for a much improved run under these new conditions.

Outbox has shown huge potential in his short career to date, recording a hat-trick as a three-year-old last season. Having easily won two Novice events over 1m4f at Ffos Las and Leicester, this Sheikh Mohammed Obaid Al Maktoum horse put in his best performance of the season at Newbury in October. Contesting a Class 2 Conditions Stakes over 1m5½f, Outbox beat the likes of Elegiac (Rated 104, Listed winner in April), and Aspetar (Rated 112, Group 2 Winner in June) by three-quarters-of-a-length. This performance clearly highlights him as a horse better than his current mark of 102, and Simon Crisford must be hopeful of going close in this Handicap before having a crack at bigger targets such as the Ebor or Irish St. Leger. Outbox has seemingly endured a couple of niggling issues with a few missed engagements this season, but he did finally make his seasonal reappearance at Chantilly last month in the Listed Prix la Moskowa. Jack Mitchell perhaps went for him too soon that day having been off the track for 238 days, but Outbox still ran extremely well to finish second – beaten only a head on the line. Andrea Atzeni takes the ride here for this Class 2 contest, and I’m expecting him to go very close considering he seems like the typical ‘Group horse in a Handicap’. That run at Chantilly should have left Outbox spot on fitness wise, and the quicker ground shouldn’t be an issue considering his Maiden win came on good-to-firm.

Although the majority of the action on Thursday and Friday takes place at Newmarket, ITV Racing are also showing the Group 3 Summer Stakes from York on Friday. The news that Mabs Cross wouldn’t be running has blown the race wide open, but it’s Clive Cox’s Shades Of Blue who is of huge interest to me here. A short-head third in the Group 2 Queen Mary Stakes at Royal Ascot last season behind Signora Cabello, this extremely fast Filly made her return to the track at Nottingham in April when faced with the tough task of giving 7lbs to Archer’s Dream and Tappiserie. This daughter of Kodiac ran well to only finish one-and-a-quarter lengths back in third that day, and the form has since been boosted with both of those rivals landing Listed events. Shades Of Blue faced a similar uphill battle on her next start at York in the Listed Westow Stakes, where she ran a cracker to finish a short-head second – this time splitting the very useful Garrus and Soldier’s Call. Again the form has worked out strongly, with Soldier’s Call since finishing third in the Group 1 King’s Stand Stakes at Royal Ascot behind Blue Point and Battaash, whilst Garrus went a close second in that Group 3 Sprint at Sandown on Saturday.

Shades Of Blue got her head in-front for the first time this season after such promising runs when landing the Listed Prix Hampton at Maisons-Laffitte last month, with Hollie Doyle retaining the ride here from that run in France. Although this three-year-old does need to prove she is as effective over six-furlongs as she is five, Clive Cox unquestionably has the form horse in the race, with the fast conditions set to suit. Another huge positive for Shades Of Blue here is that she escapes a penalty – meaning our selection is 7lbs better off with Archer’s Dream for a one-and-a-quarter length defeat at Doncaster. Having ran so well at York before I’m extremely confident Shades Of Blue can land this Group 3 contest, especially back in the company of her own sex and in receipt of the three-year-old weight allowance.

This doesn’t look a vintage renewal of the Falmouth Stakes, so I’m going to take a chance here on the three-year-old Qabala. A winner as a Juvenile on the Rowley Mile course last season, this Roger Varian charge returned to that Newmarket track in April when winning the Group 3 Nell Gwyn Stakes – beating one of today’s rivals in Mot Juste by one-and-three-quarter lengths. This daughter of Scat Daddy made her next start in the Group 1 1000 Guineas at the same course once more, where again she ran extremely well to finish third behind Hermosa – beaten only one-and-a-quarter lengths. This Filly stayed on strongly at the finish that day but was just unable to get to the winner, despite racing on the wrong side of the track. Qabala‘s next start came in the Irish 1000 Guineas at the Curragh in May, where she was fancied by many to overturn the form with Hermosa. The track bias at the Curragh that weekend favoured front runners however, and Qabala ran a shocker back in ninth – however it has since come out that she scoped dirty so has a valid excuse. Back to her favoured Newmarket today after a break, I’m hopeful our selection will bounce back to form in receipt of 9lbs from the older horses. This allowance implies a weight adjusted rating of 118 – which is at least 5lbs clear of the remainder. Stable Jockey Andrea Atzeni takes over the ride on Qabala for the first time, and I’m hopeful the younger horse can defeat her elders here.

We open the Newmarket July Festival with the Bahrain Trophy, a Group 3 for three-year-olds over the unusual trip of 1m5f. Although running nicely when a well beaten third behind Japan at Royal Ascot, I’m happy to take Eagles By Day on here with Aidan O’Brien’s Barbados. This son of Galileo has already run five times this season, including when impressively winning his Maiden at Navan in May on good-to-firm ground by five-and-a-half lengths. Stepped up to Listed class at Leopardstown in June, Barbados kept on well under Donnacha O’Brien near the finish but was just touched off by Dermot Weld’s Rakan. The way he shaped that day suggested he needed further than the one-and-a-half mile trip he had been racing at, and that’s exactly what he got when running at Royal Ascot. Contesting the Group 2 Queen’s Vase over 1m6f, Barbados ran a cracker under Wayne Lordan to finish second. Tracking the leader throughout, Barbados travelled strongly before quickening to take the lead near the furlong pole – but he was simply outstayed by Dashing Willoughby thereafter. Despite going down by half-a-length it was clearly a career best performance, and slightly dropping back to today’s 1m5f trip should suit. The faster ground shouldn’t be an issue having looked so impressive on it when winning his Maiden, and Ryan Moore takes over the reigns – a Jockey who features in the top five riders at Flat Racing HQ over the past five years. Considering he is still unexposed over these distances, Barbados is worth another try at Group level here – especially as this race doesn’t look as strong as the Ascot contest.

Be sure to check back on Friday for Saturday’s selections!