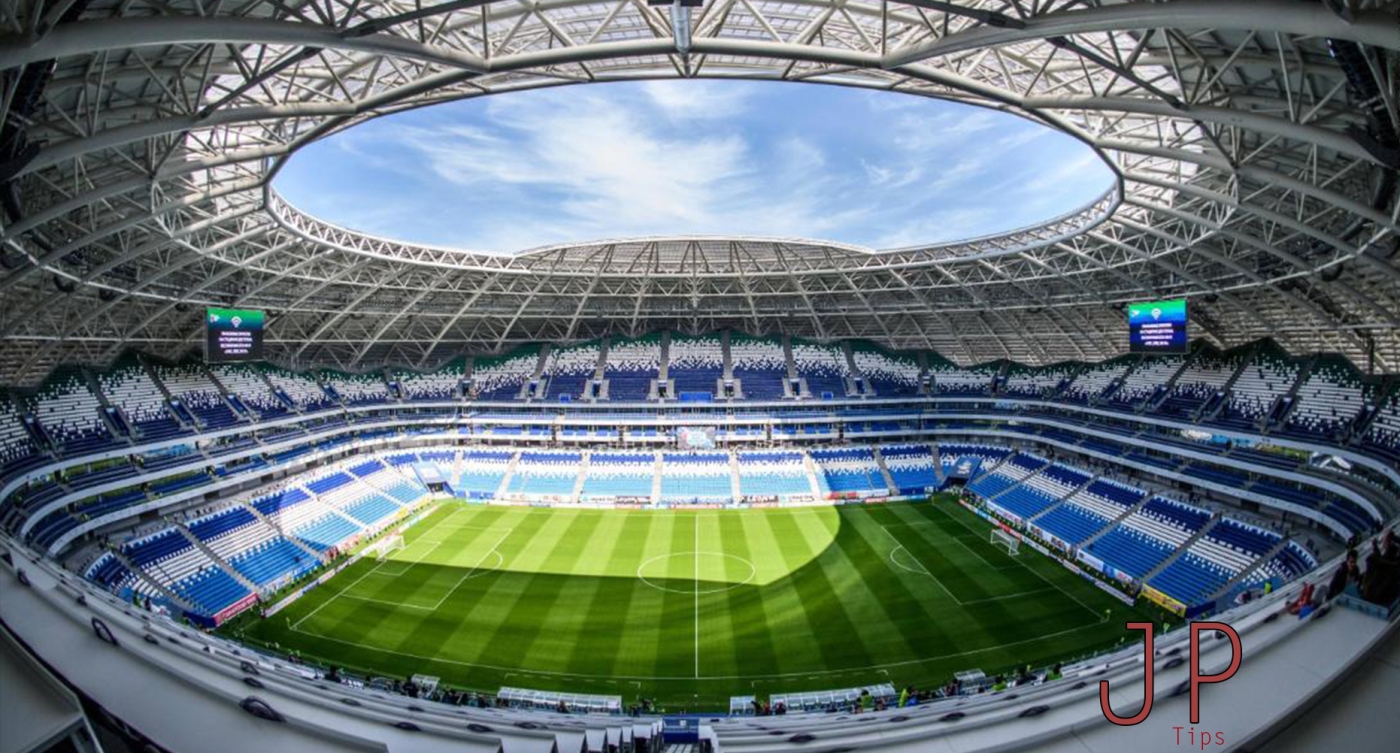 Although my main focus from a betting prospective will always be Horse Racing (it takes up a lot of time!), my affection for football is still made apparent from the liked tweets on my twitter account. Ever since my beloved Fulham won promotion back to the Premier League just 18 days ago, the World Cup has been firmly set on my sights and I can’t wait for the action to get underway with Russia vs Saudi Arabia tomorrow at 16:00 (UK). To keep my twitter account based around Racing I thought I’d write an article for those interested on some of my thoughts surrounding the group stage, including a few selections to boot. Let the festival of football begin!

Denmark could be the surprise package…

Although pitched in Group C alongside France I’ve got a lot of time for the Danes, who come into the tournament with good form and a solid squad. Unbeaten in their last 13 matches, Denmark finished second in their Qualifying Group (behind Poland) and made the Tournament by thrashing Ireland 5-1 in the Play Offs. Chrisitan Eriksen (Tottenham) is obviously at the heart their attack, however a defensive pairing of Simon Kjaer (Sevilla) and Andreas Christensen (Chelsea) combined with goalkeeper Kasper Schmiechel (Leicester) makes them tough opponents to break down. This is highlighted by Denmark keeping 5 clean sheets in their last 6 matches, including a friendly against Chile. When you throw in a midfield pairing of recent £18m Borussia Dortmund signing Thomas Delaney and either William Kvist (Copenhagen) or Lasse Schöne (Ajax), the backbone of the team contains some very talented players with a mixture of youth and experience. Going forward this Denmark team has a lot of pace, with Yussuf Poulsen (Leipzig) on the right and Pione Sisto (Celta Vigo) on the left. These two will be crucial on the counter-attack, but can also use their pace to get in-behind defences when played through by the star man Eriksen. There’s no Nicklas Bendtner up top as he was forced out of the tournament through injury, but 6ft2″ striker Nicolai Jørgensen (Feyenoord) will be able to bring others into play, whilst also grabbing a few goals (scored 13 this season).

Looking at Group C, I would be confident that Denmark can qualify (albeit likely behind France) with Australia looking an easy 3 points for a team of this quality. That leaves a crucial opening game against Peru, however with an easy 2-0 victory over Mexico on Saturday fresh in their minds, the Danes will be confident of getting a result. A lot will depend on how well Christian Eriksen plays, but there is a solid defence behind him if they do need to grind a result out. Assuming they finish second in Group C to a strong French side, Denmark would then have to face the winners of Group D which if odds are to go by would be Argentina. Whilst many would have this down as an easy win for the Agentines, I wouldn’t be surprised to see this being a much tougher fixture than expected due to their fairly weak (and old) defence. If Denmark can use their pacey wingers to get behind the likes of Fazio (31), Otamendi (30), Rojo (28), Mercado (31) or Mascherano (34), then they could cause some problems for Willy Caballero. When you throw in an awful qualifying campaign and two cancelled warm-up matches, Argentina will be heavily reliant on Messi to pull them through.

With all considered, a France/Denmark dual forecast for Group C looks good value, and I’d take a chance on Denmark’s stage of elimination being the Quarter Finals (would likely have to play Spain) on the basis of Argentina slipping up.

Uruguay to walk Group A

Group A looks like an absolute gift for Uruguay, who come into the tournament unbeaten in their last seven games. Second in South American Qualifying, this Uruguay team has a formidable strike force in Luis Suarez (Barcelona) and Edison Cavani (PSG), which in itself should be enough to see off the likes of Saudi Arabia. Their defence is pretty useful too though, with José Giménez and Diego Godín retaining a formidable Atletico Madrid partnership and Fernando Muslera (Galatasaray) between the sticks. With a solid team in both defence and attack, Uruguay should coast through Group A scoring lots of goals along the way.

I do worry that the hosts – Russia – may struggle to score goals, which could open the door to Egypt clinching second spot in the group. It is worth chancing that their star man Mohamed Salah (Liverpool) can get back to full fitness for the game against Russia and help them on their way to a second place finish.

Bet: Uruguay to Win all their Group A Matches @ 9/2

Despite Group H looking like the hardest to predict, Colombia have the squad and necessary experience in order to prevail. Although missing Radamel Falcao (Monaco) through injury at the 2014 World Cup, the Colombians only lost to Brazil in the Quarter Finals with midfielder James Rodriguez (Bayern Munich) finishing as the top goalscorer. This year they will benefit from having not only Falcao back in the team, but Carlos Bacca (Villarreal) will also join the attacking ranks alongside Luis Muriel (Sevilla) in reserve. James Rodriguez will sit behind the strikers and Juan Cuadrado (Juventus) will provide pace out wide. Although they may lack world class defenders, Davinson Sanchez (Tottenham) and Yerry Mina (Barcelona) will provide competition to the more experienced pairing of Cristián Zapata (Milan) and Óscar Murillo (Pachuca). In goal David Ospina (Arsenal) will look to rediscover the World Cup form which saw him earn a move to the Premier League four years ago. With a fair balance between attack and defence, this Colombia side should be capable of winning Group H, but Poland won’t be far behind.

Robert Lewandowski (Bayern Munich) is undoubtedly the star man of this Polish side, scoring a remarkable 55 goals in 95 appearances for the national team, including another two tonight against Lithuania. Poland topped Denmark in the World Cup Qualifying group by playing as a team however, and it isn’t just a one man show. Piotr Zieliński (Napoli) has had a good season in Serie A, and this 24 year old will look to keep Lewandowski well supplied whilst popping up on the scoresheet now and again. Veterans Jakub Błaszczykowski (Wolfsburg) and Kamil Grosicki (Hull) provide experience in the wider areas of the pitch, plus another goalscorer in Arkadiusz Milik (Napoli) will be ready to come on and make an impact if necessary. In the center of the park Grzegorz Krychowiak (PSG) will have to control the midfield after it was announced that Kamil Glik (Monaco) will miss the opening two games due to a training injury. Poland come into the tournament high on confidence after a 4-0 victory over Lithuania, and as they are closely matched with Colombia a dual forecast looks a sensible bet, with Senegal and Japan not up to the same standard in my opinion.

Brazil the team to beat

Of the teams toward the top of the outright betting market, favourites Brazil make the most appeal to me due to their fantastic attacking options and improved defence since four years ago. Neymar (PSG), Gabriel Jesus (Man City) and Phillipe Coutinho (Barcelona) is one of the best attacking lineups in world football, and it speaks volumes that Roberto Firmino (Liverpool) can only make the bench after the season he had. The Brazilian defence has also improved since the 2014 Germany disaster with Miranda (Inter), Marquinhos (PSG) and Thiago Silva (PSG) all competing for the center-back positions. There’s even a healthy dilemma in goal for head coach Tite, with Alisson (Roma) seemingly preferred over Ederson (Man City). Brazil have a quality side throughout the pitch and are worthy favourites in my book.

Looking at the other front runners, I have huge doubts over Germany after their appalling preparation which included 5 games without a win before scraping past Saudi Arabia (should have equalised late on) 2-1 on their final game before the tournament. There is always the old cliche with Germany that they are a different side once the World Cup begins, but they will have to be if they are to go all the way and retain the trophy in Russia. France are a very interesting side who also have an embarrassment of riches, and could probably make a second squad better than most at the tournament. With such a wealth of talent however comes a wealth of egos, and I worry that France may suffer from their inability to gel as a team. There’s no doubt they have the quality in order to go far in the tournament, but do they have a mentality to match? Argentina are simply a top heavy side (as mentioned previously), whilst Belgium could also fall into the France category having failed to really make an impression in 2014 or at the Euros in 2016. Spain are the interesting side for me, and I can’t wait for their first game against Portugal on Friday to really see what this team is capable of. Their preparation for the tournament has been good, and the squad is capable of beating anyone in a fairly open World Cup. Spain would be my biggest threat to Brazil, and they would be the likely finalists if the draw works out as expected.

There is no doubt that these are top sides who are likely to go far in Russia, but Brazil would have to be my pick going into the tournament, especially with all the bookmaker offers such as money back if your team is knocked out (SkyBet) or £5 free bet every time they win (William Hill).

The start of a new World Cup tournament always brings out a slight feeling of optimism for England fans, although that is quickly countered by our atrocious recent record in the competition. Gareth Southgate has done a great job with the side however, going for a much more youthful approach and the squad do seem to be gelling we’ll both on and off the pitch. Although we will have to play Belgium in Group G, only the mighty Panama and Tunisia will stand in our way of qualifying from the group. Whether we qualify first or second won’t make a whole lot of difference as we will likely have to face Colombia or Poland in the last 16. As I’ve mentioned previously these are two closely matched sides, but I would still expect England to progress past either in a typical ‘make it hard for ourselves’ style. Reaching the Quarter Finals would be a realistic target, and it’s at this stage they’d likely have to face Germany. Although I do have my reservations about the German side, the psycological edge that they have over England in tournament football will be tough to overcome. The English National Team is heading in the right direction however, and I’m hopefull that our young side can make an impact.

Jesus can shine for Brazil

The top goalscorer market is wide open as usual, but Brazil striker Gabriel Jesus looks a decent price. I expect Brazil to go far in the tournament which should mean he plays the maximum 7 games, and the Man City player has scored 10 goals in 17 matches so far for his country. There will be no shortage of supply from the likes of Coutinho and Paulinho, and I can see the 21 year old having a tournament to remember. The only negative would be that Firmino will be waiting on the bench, however this will likely act as motivation to keep playing well and taking chances.

Whatever happens, it promises to be a fantastic month of football and I can’t wait for the action to get underway. Next week I’m also off to Royal Ascot (Friday) so look out for a race-by-race preview. In the mean time, my daily horse racing tips will be available on my Twitter @JakePriceTips.